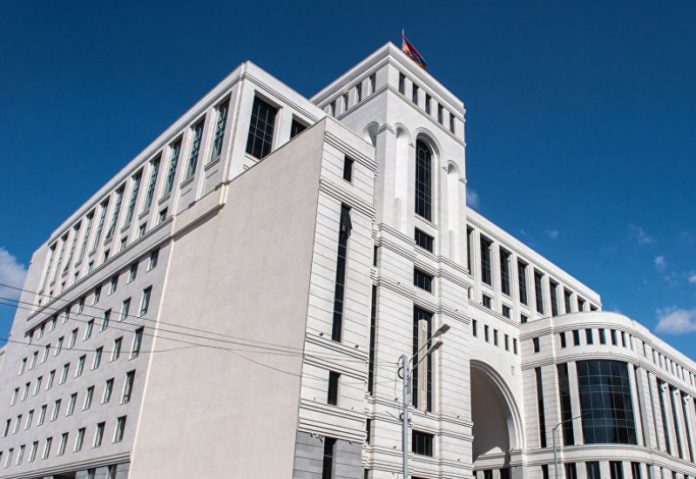 Armenian MFA spokesperson said they had welcomed a resolution on Karabakh adopted by French National Assembly.

The statement runs as follows:

We welcome the resolution adopted by the overwhelming majority of the National Assembly of France on the need for the recognition of the Nagorno-Karabakh, which followed the similar resolution adopted by the Senate. This joint position of both the lower and upper Houses of the French Parliament symbolizes the resolute voice of France and the French people against the aggression and the policy of ethnic cleansing and genocidal aspirations Azerbaijan has pursued towards the people of Artsakh with the support of Turkey and foreign terrorist fighters.

It’s important that the necessity to ensure the security of the peaceful population of Artsakh, the facts of undermining the peace process by Azerbaijan through military means and the deployment of terrorist groups and mercenaries in Nagorno-Karabakh with the support of Turkey are enshrined in the resolution.

We highly assess such steps by the international community in favor of the final and fair resolution of the Nagorno-Karabakh conflict within the framework of the OSCE Minsk Group Co-Chairs and the recognition of Artsakh based on the right to self-determination, which has become one of the main imperatives for ensuring the security of the Armenians of Artsakh.

This film is honest. If I made a political film no one would believe me; Sascha Klamp about his film The Blockade depicting 16...

If Azerbaijan demands “enclaves” back, we should remind them; they declared not to be predecessors of the the Socialist Azerbaijan

If Azerbaijan demands “enclaves” back, we should remind them; they declared...

Azerbaijan gave the coordinates of the exploded missiles of Iskander (PHOTO)

If Azerbaijan demands “enclaves” back, we should remind them; they declared...

Azerbaijan gave the coordinates of the exploded missiles of Iskander (PHOTO)